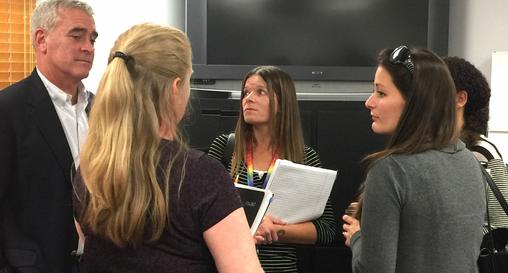 Clermont County is in the midst of an opiate epidemic. The number of residents who are addicted to prescription pain pills and heroin in our county has risen over 400% since 2007.

People are dying at an alarming rate. In the last decade, the county’s rate of overdose has jumped more than 2000%. Clermont County is fourth in the state for overdose deaths (Ohio Department of Health, 2016), and the county averages almost two deaths a week. The Centers for Disease Control  and Prevention reported in 2015 that Clermont County was fourth in the nation for heroin deaths from 2009-2013. While the national data runs about two to three years behind, we know from local sources that the number of deaths continues to increase in Clermont County. In 2015, there were 94 overdose deaths, with 78% related to opioids. That number is likely to climb in 2016. (These numbers are underreported since they only include individuals who were pronounced dead in Clermont County).

Clermont County is not alone. According to a report released in November 2016 by the Henry J. Kaiser Family Foundation, Ohio surpassed every other state when it came to 2014 overdose deaths related to both heroin and synthetic opioids.

You may not think you are being directly impacted by this epidemic, but you are. As a taxpayer, you should know that law enforcement, the courts, and Children’s Protective Services have to put more of their scarce resources into dealing with the epidemic. Families throughout our county are being devastated by this, and schools are dealing with the consequences. First responders throughout the county are responding to an average of at least one overdose call per township a week.

Anyone can become addicted.

The Clermont County Opiate Task Force is working to educate the county about the epidemic and to find solutions to it. The opiate epidemic is a community problem and it needs a community response.

Staff from Clermont Recovery Center talk to Congressman Brad Wenstrup after a meeting of Opiate Task Force in 2016.

WHY DO WE NEED AN OPIATE TASK FORCE?

Please Join Us!
The opiate epidemic is OUR community’s problem and it needs OUR community’s
response. Please join our efforts! Contact Opiate Task Force Co-Chair Lee Ann Watson at 513.732.5400 or email her at lwatson@ccmhrb.org.
​